Performance giving dramaturgy and identity to space with the use of light in different sfumato stages, and by it creating a memory in space. Using sequences by overhead-and videoprojection, that fixate the memory in order to ignore reality and the rest of the sequence.
A game with presence and perception.

The performance has been shown in the auditorium of Smart Project Space in Amsterdam. The space has been divided with 3 layers of white see-through textile. The show started as an installation, the musicians where hidden behind a heavy black curtain and amplified into the space. After 35 minutes the heavy curtain opened up and the event turned into a concert.

This piece has greatly contributed to my understanding of how audiences look at light when there is no character featured in the space, or how one who technically operates lights can become a character. 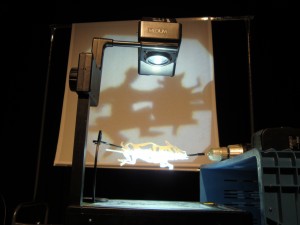 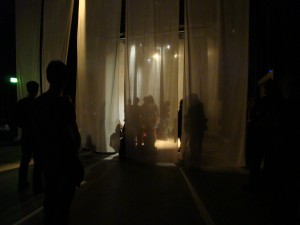 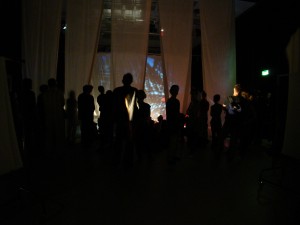 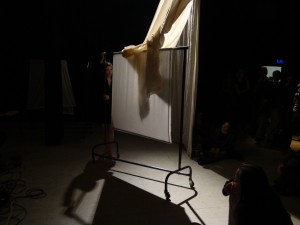 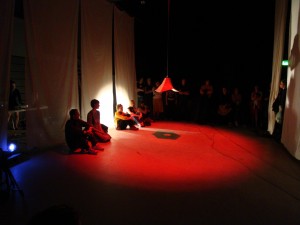 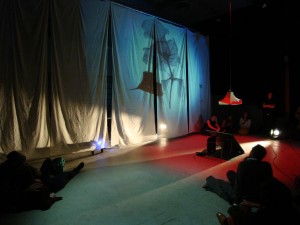 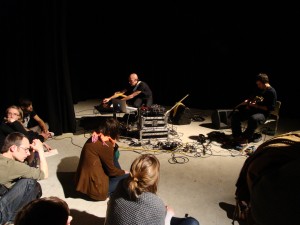 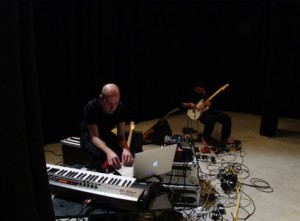 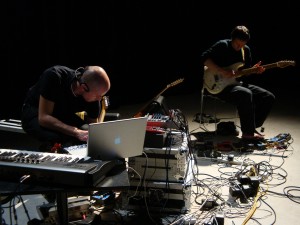 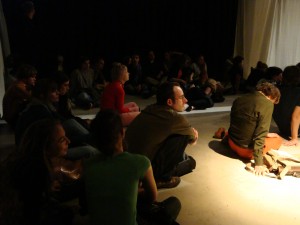