In the framework of Tierforme(l)n, a small festival that took place at Sophiensaele, I was lighting Zoo mantras and an improvisation entitled Tierforme/l/n, 2017 September.

Simone Forti is an iconic figure of dance of today, and she took this place in the most unpretentious manner. For me the interest to participate came from different motivations: I have been a longtime admirer of Capoeira Angola, so for me examining interpretation and intentions of embodying animal behavior, experiencing an array of objectives was important. To make a reconstruction of an existing work never happened before in my working life. I took on the challenge of the expectation of staying visually quiet, yet bringing another direction and rhythm into the room, and bring a tone of presence to the performance. I was glad to work together with unpretentious performing artists who would playfully channel the work.

This was my first time working at Sophiensaele, and this was a dream for me from years before I moved to Berlin. Not only was I working there, but I was making lighting design for two rooms in the same week. One idea to brush through two completely different rooms, in one improvised, in another scripted, with the video reference of Simone Forti’s original performance.

The piece of Aline Landreau explores both the feeling of losing ground and that of finding it again, in focusing on the different notions of foundation and (under)ground. What kind of structures are carrying us, concretely as well as metaphorically ? From which areas emerges the desire to set (down) movement and voice, until gesture and speech appear, in the temporary common space proposed by the piece ?

I have collaborated with Bruno Pocheron on lighting this work, him designing a system of communication between vvvv, and parameters of sound input, choosing color, me drawing upon the dramaturgy of the piece and designing the rest what concerns light for the performance. I have been imagining a finite place (that has been represented by the set) and made it appear unstable in a variety of ways. The choreography lead us out from this microcosm to a much broader space with a different orientation.

This year is starting with some heart-warming program I’d like to invite you to.

After the well-received performance Subjects of Position, a piece of Zwoisy Mears-Clarke presented in the first days of January at Tanztage Berlin, Sophiensaele, I have the pleasure to invite you to the following highlights I collaborate in:

Next week already there is Sounddance encounters in Dock11, a project of Jenny Haack I am so eager to support. The performances are 1-4th of February, each evening a different double or triple bill.

In the beginning of March Abandon Human will be played in Dock11, 3rd and 4th of March. This is a heart to heart Project with Katie Duck and Sharon Smith, a rock show about being a woman.

Over time the soundtrack of Stranger has been released by Gabor Csongradi, and the kind supporters of our Indiegogo campaign could receive their digital copies. One song can be listened to here.

Last, but not least, Stranger spoiler is out there, a short summary of what has been cooking on stage last February. You are very welcome to see it!

Sounddance Festival is rapidly approaching! I am glad to invite you to Dock 11, where a nice collection of Berlin-based artists are going to show their recent works that relate to or are instant composition works. The festival organised by Jenny Haack will take place from the 20th of July. Both weeks there will be different performances each night, Thursday through Sunday. I am doing the technical direction of the festival and will be the lighting designer and technician for some of the performances too, alongside with Aurora Rodriguez and Asier Solana.

Another good news for performing artists: the dates of the next workshop ‘Performing Space’ has clarified!

The workshop will be October 2-6, each day between 14-17h at Studio Laborgras in Kreuzberg.

This performance is a solo piece of Julyen Hamilton, playing on the border of the graspable and non-graspable, sanity and ghostly, life and death.

I designed light or this performance in 2016 July at Dock11 Berlin as a part of Impro Xchange festival, and on St. John’s Island in Canada, on the Festival of new dance.

This is my take on the beyond
as it resides right in the here and now.

It is both eerie and assuring; it wavers calmly on the edge
of perception and understanding.

It provides little reference except
the movement of
and the sounds from
the body.

“Welcome to the Immaterial World.”

Stills taken from the performance at St. John’s Island 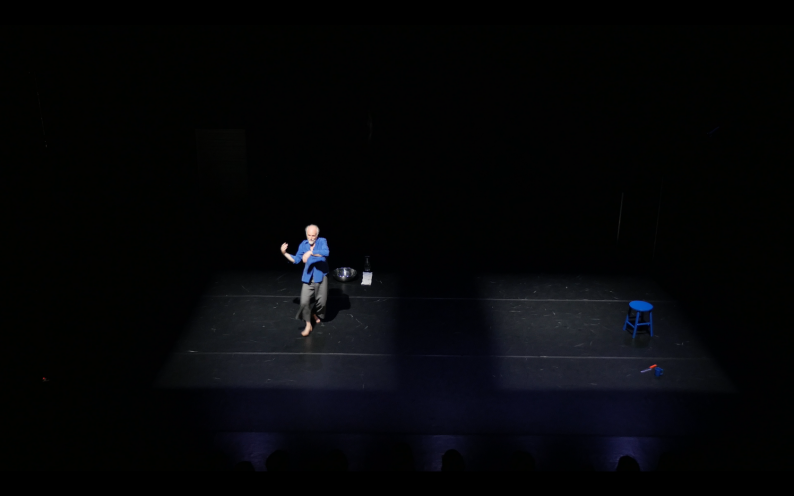 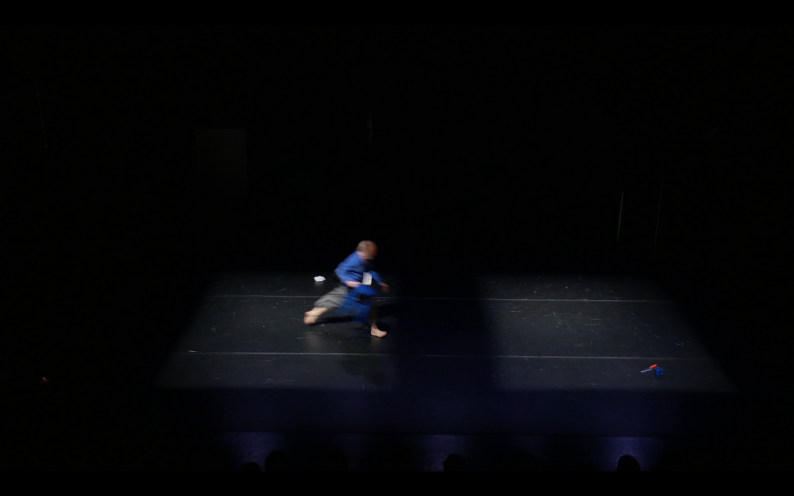 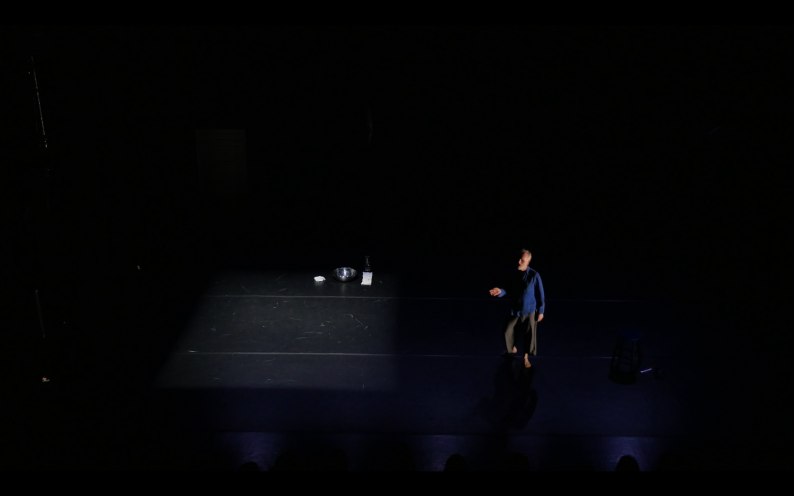 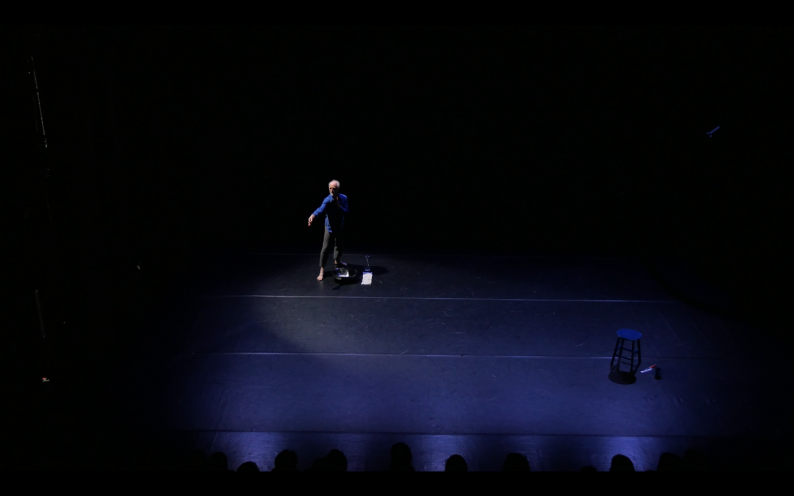 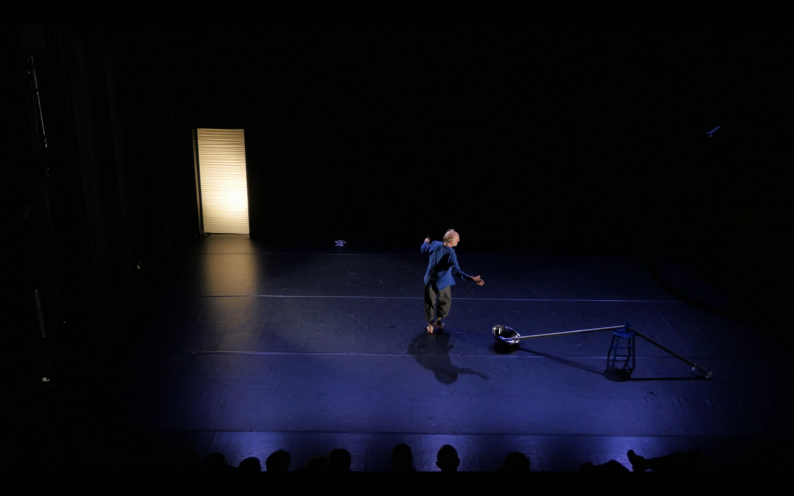 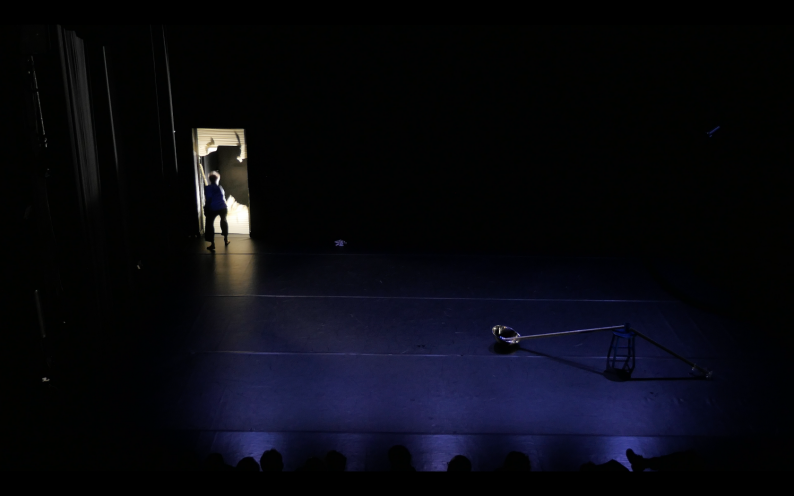